Article: ‘V-Jennie’ photo leaker’s provocation…, “try and get me arrested”

According to a report by Money Today, A claimed through a Telegram chatroom on the 30th, “I sent a message to Jennie several times but never received a reply. As soon I saw the pictures, I contacted the two immediately. It was at the time when I didn’t have a Twitter account, I can prove this anytime.”

He also revealed fans are forcing him to post the rest of ‘V-Jennie‘ dating pictures. A stated, “Many fans are asking me to post pictures of the two as soon as possible. They’re threatening to make extreme choices (suicide) if they see pictures of V-Jennie holding hands or kissing.”

“The two dating is normal but I feel like I’m watching WWIII between the fandoms, malicious commenters and outsiders over the leaked pictures.”

He added, “I will not be uploading anything in the next 12 hours for sure so please, wherever you are, go to work, go to school, go to sleep and don’t look at my group all the time.” 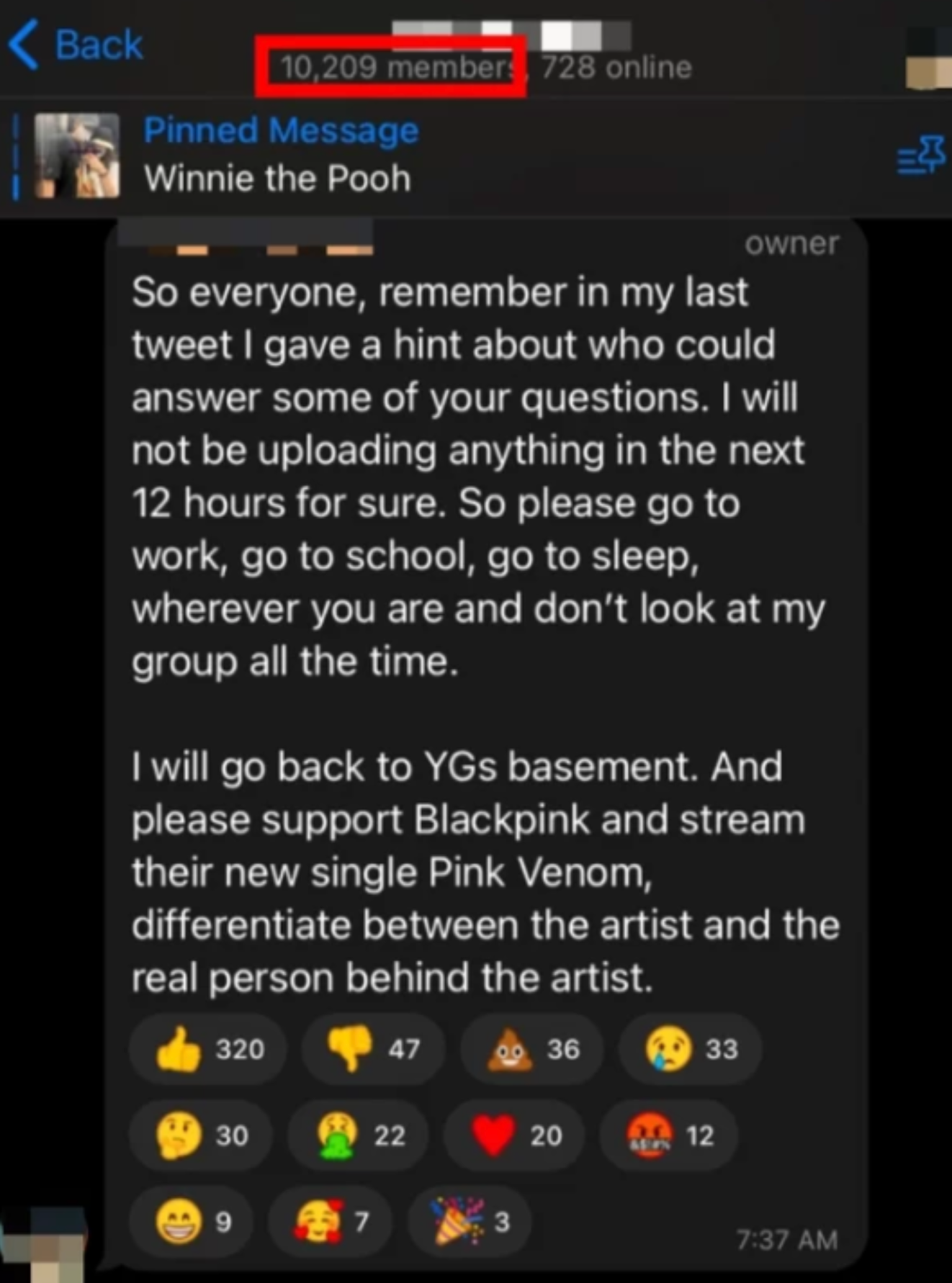 Meanwhile, after leaker A’s Twitter account was suspended, he moved to Telegram and opened a group chat room on the 28th. The next day, he posted Jennie and V’s ‘couple tee’ elevator pictures.

There are currently over 11,187 people gathered in A’s Telegram chatroom as of 9am on the 30th.