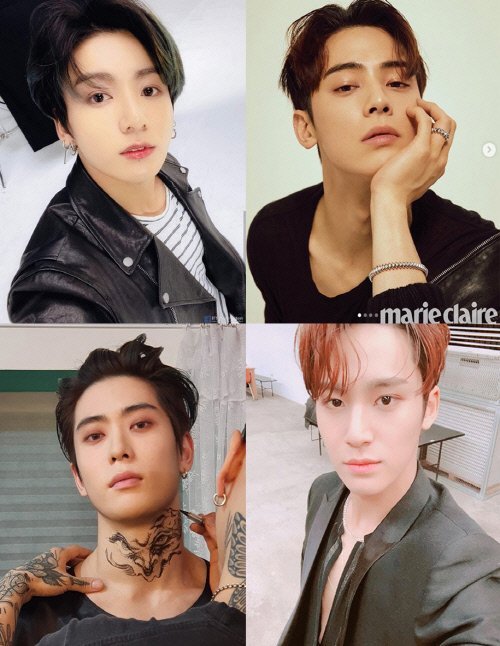 Article: Itaewon club idols, apologies made by agencies, reflections done by fandoms, but is that enough?

1. [+657, -28] Are the fans who are defending them truly fans?? Are you that thoughtless? Can you at least be considerate of the medical staff who have been working for the past few months. Can you imagine if one of them were your own family members? I don’t get how crazy you can be over a singer that you can sit there and comment “I hope he’s not having too hard of a time over this”

2. [+434, -16] If you’re a true fan, you should be the one to criticize your celebrity when they make a mistake~ Can you still shield them if your own family member was infected? If your own family member was a medical staff fighting the virus? Just because you’re a celebrity doesn’t mean you don’t have to follow social distancing rules. The entire nation is working so hard to follow the rules and yet you immature kids in your twenties think you’re immune to all of that. As of now, the age group with the most corona cases are those in the 20s-30s, and it’s your immature actions that are impacting your parents and grandparents.

4. [+46, -3] Jungkook must think of his fans as a joke. Who cares if he’s got an Army tattoo when he gets into scandals and never apologizes to his worried fans…

5. [+45, -2] These guys are all living off of the high of their popularities. They would never genuinely reflect over their actions because they know that they still have a ton of fans who will protect them.

6. [+39, -1] I wonder what Jungkook thinks of his fans who threatened lawsuits over the lack of evidence… who went around claiming that he just “had a pizza with a friend in town”… who called everything a rumor… who spent their soul shielding him, even forcing the person to write a personal apology for spreading false rumors…??

7. [+38, -5] Jungkook’s fans are a mess. They’re claiming that he’s getting the most hate because he’s the most famous but they fail to think of what they’ve done too ㅋㅋ They tried to make him sound like some innocent kid who was at a strawberry farm hanging out with a country dog and threatened anyone who brought up the Itaewon rumors with lawsuits ㅋㅋ and yet they didn’t even know what Jungkook was really doing the entire time ㅋㅋㅋㅋㅋ

8. [+38, -2] Fandom?? Reflection??? ㅋㅋㅋ I’d be grateful if they didn’t put up any shields ㅋㅋㅋ It’s because all of you who coddle “our oppas” any time they get into trouble that you’ve created monsters like Park Yoochun and Jung Junyoung. There’s no guarantee that your oppas won’t end up like them. So reflect.

10. [+30, -1] Shouldn’t the people who caused the issue apologize themselves? Instead Jun Jungkook, Cha Eunwoo, and Kim Minkyu are hiding behind their agencies doing who knows what.

11. [+27, -0] It never would’ve gotten this far if they just apologized when the rumors first broke out. When they started talking about “private lives” and all that, it was over then.