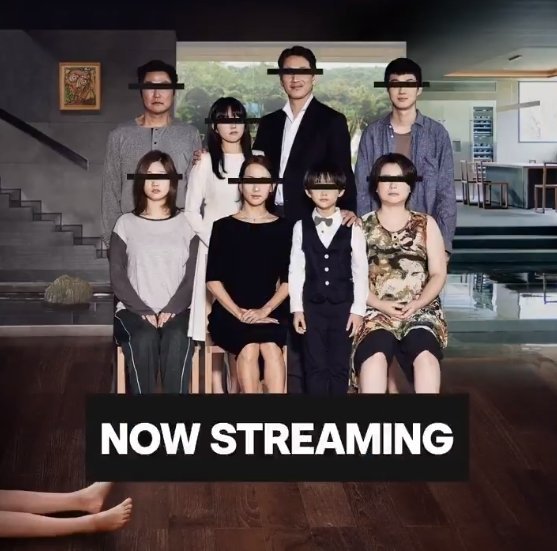 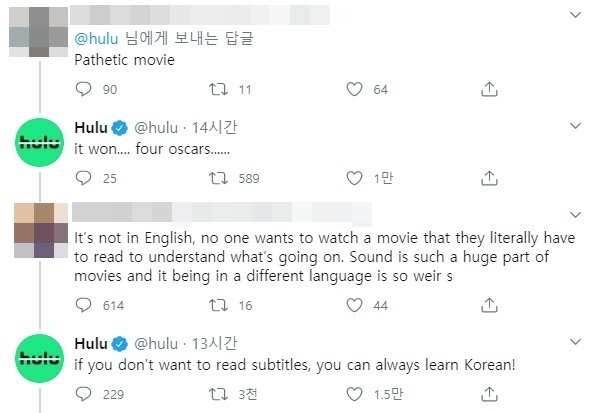 4. [+81, -1] The states are led by a minority of elites so there are a lot of uneducated people. The majority are foolish and uneducated ㅋㅋ It’s rare to find a country like ours where the importance of education is standardized across society.

5. [+55, -1] Whenever I see idol videos on YouTube, there are always foreigners commenting “english sub plz” and it’s so annoying ㅋㅋ Go learn Korean ㅋㅋ Even the Japanese ajummas who fangirled over Yonsama learned Korean. Why would you fangirl for K-Pop and not bother to learn the language?

8. [+45, -1] People like them are too dumb to even learn Korean ㅋㅋㅋ they don’t hate subtitles, they hate reading and learning in general. So ignorant, tsk tsk tsk.

9. [+28, -1] Hulu’s right ㅋㅋㅋ do people like them assume the entire world speaks English?? It’s a foreign movie, what’s so weird about it using their country’s language?..

10. [+28, -0] It makes me feel proud and grateful that we’ve reached a point where others will step in and defend us without us Koreans having to do it ourselves all the time