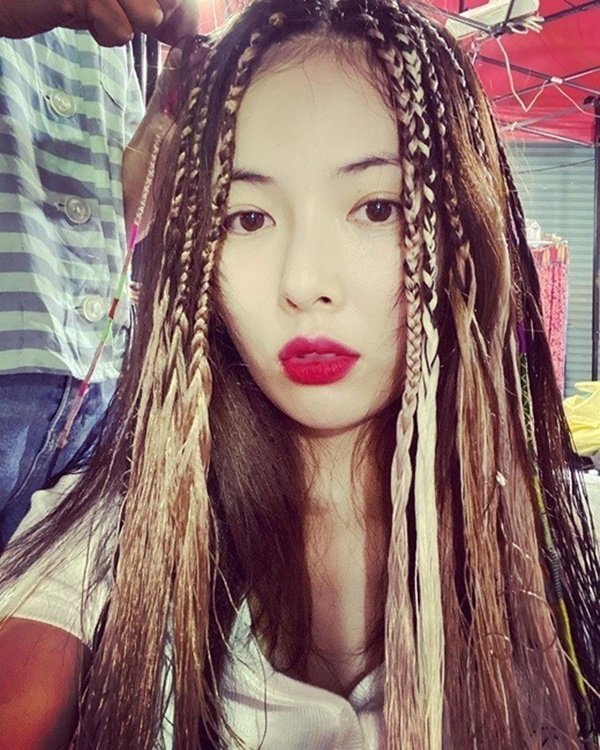 Article: Hyuna expresses her feelings on reggae hair controversy “I respect all of my fans”

1. [+681, -7] Thining that reggae hair = mocking black people is a discriminatory accusation already, isn’t it? Talk about a victim complex.

2. [+473, -11] It’s not like Hyuna verbally said anything, I don’t get why people are overreacting to her. Hyuna, don’t let them intimidate you.

4. [+14, -0] Those international fans better not straighten their hair then since that should be considered mocking Asians. Don’t dye or perm your hair blonde. Don’t shave your heads.

6. [+9, -0] She’s not mocking anyone, she’s only doing the hair style because she personally likes it

7. [+7, -0] If you think reggae hair is mocking black people, please get your mental health tested at the hospital… for the sake of others…

8. [+7, -0] ㅋㅋㅋㅋ Reggae hair mocking black people… now that’s a miracle of an argument. If an Asian celebrity dyes her hair blonde, is that mocking white people?

9. [+7, -0] Hul, have we been mocking white people when we dye our hair blonde or brown then? If there’s nothing immoral or unethical going on, please just leave people alone.

10. [+5, -0] You don’t have to respect them. Just ignore anyone who tells you that reggae hair can only be done by black people. That doesn’t even make sense.