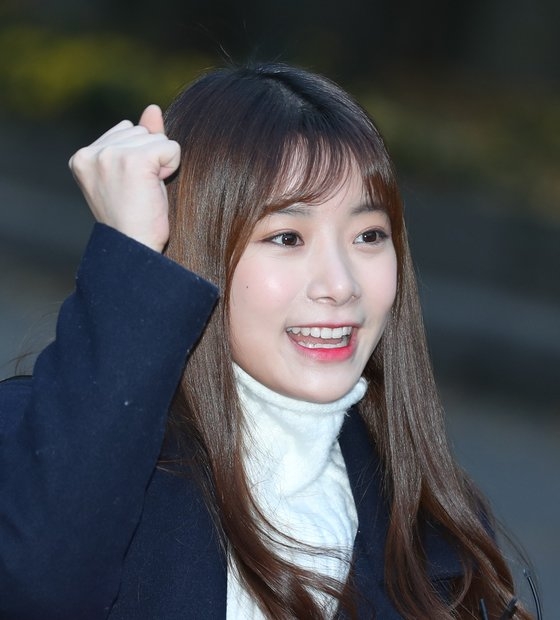 Article: Lee Hyunjoo’s dongsaeng reveals, “She was bullied before leaving April… even attempted to take her life”

2. [+1,212, -13] Everyone knew she was being bullied, I guess it was just her agency who didn’t. We need to take this opportunity to take bullying out by the roots. The bullies need to get what’s due!

3. [+691, -7] They forced her to write a handwritten letter saying she’s switching to acting and now they’re saying they’re going to “check the truth”! How funny!

4. [+364, -13] At the time, the members were Somin (96), Hyunjoo (98), Naeun (99), Yena (00), and Jinsol (01). If you watch their old YouTube videos, there’s one where they split into two groups 3:3 and walk around Itaewon. Jinsol and Chaewon were basically ignoring Hyunjoo. Somin was a bit intimidating at the time and I think she had some issues with the other members too which is why she was moved to Kard and barely talked to the other April members after that. Naeun’s the center now and was stand offish with Hyunjoo for being pretty. I will admit, though, that Hyunjoo didn’t seem very good at reading the room. After Somin and Hyunjoo left, Rachel and Chaekyung joined, and Rachel’s kind of giving me Hyunjoo vibes with the way she’s struggling to fit in.

9. [+230, -1] She had panic disorders and even attempted to take her own life… this isn’t just from a simple misunderstanding between the members. We need to know the truth.

10. [+212, -4] Honestly, what can the agency even say at this point when her own family member is coming out as a witness? What kind of lie can they say next?