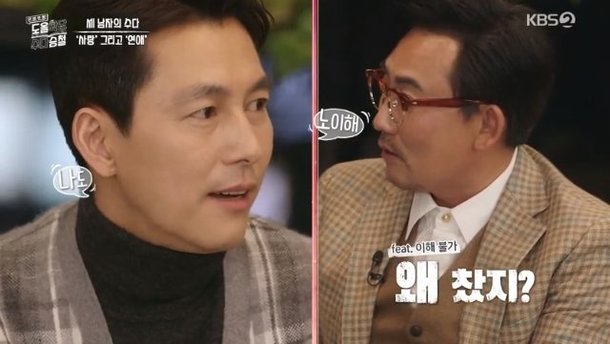 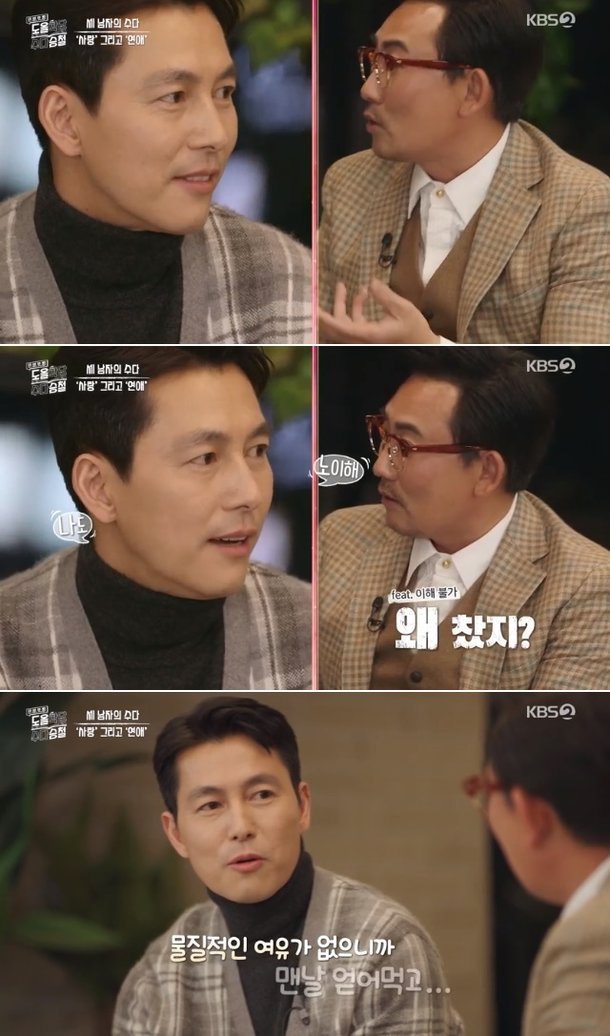 Article: Jung Woo Sung, “I was dumped by a woman before, I was struggling financially and she had to pay for all our meals”

1. [+905, -74] My current boyfriend keeps mooching off of me ㅜ I don’t get how you can’t buy one meal. It really does make you lose affection for them.

4. [+64, -19] I think differently. A man of Jung Woo Sung’s level can certainly have a woman pay for his life. Jung Woo Sung probably never gave that woman the type of commitment she needed so she left him.

5. [+47, -4] If they dated for 10 years, I don’t think it was financial issues that was the problem but his lack of commitment to her. Why else would she leave him? And Jung Woo Sung chose to victimize himself by thinking that she left him because he’s poor.

6. [+47, -3] Honestly, man or woman, if you don’t have enough sense to step up and pay every once in a while, just stay out of relationships

7. [+40, -3] They dated for 10 years and he had always publicly confirmed being in a relationship back when it was more conservative so I don’t think their break up was anything more than simply falling out of love.

8. [+28, -6] Man or woman, it’s a problem of character if you’re always mooching off of your partner instead of helping them out too

10. [+23, -2] It sucks for men who are struggling financially because it affects your self esteem too