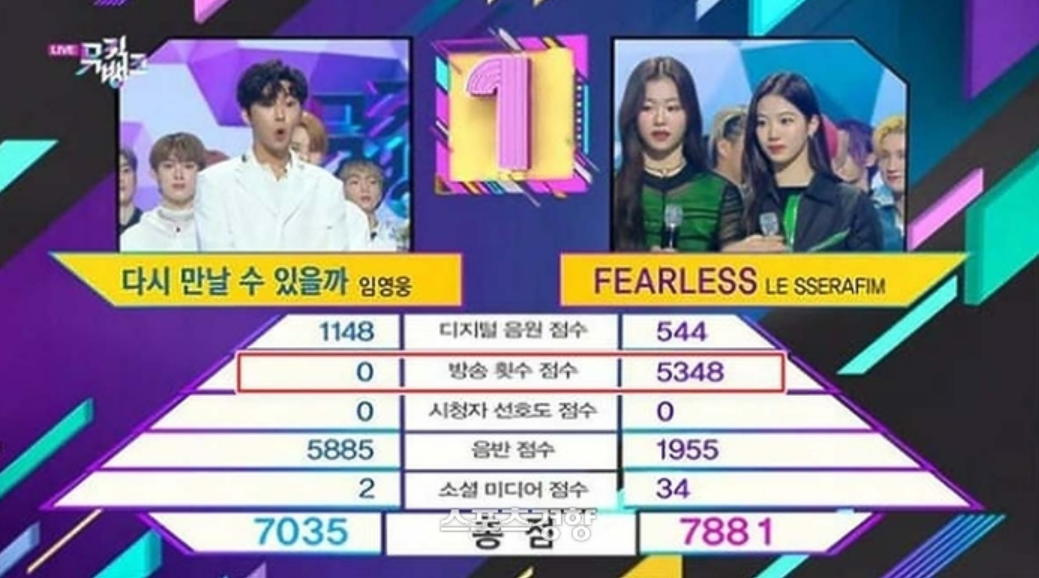 A KBS official has been arrested by police for rigging broadcast points on ‘Music Bank’.

According to the exclusive report, the Seoul Yeongdeung-po police who received the complaint over KBS’ manipulation of Lim Young-woong’s broadcast score recently booked an official over the case.

KBS was under controversy for “manipulations” after Le Sserafim suddenly received #1 on Music Bank while Lim Young-woong missed the top score due to broadcast score gap of over 5,000 points. Viewers filed petitions demanding KBS to disclose their score tally method pointing out that it’s actually a “gapjil” of the broadcaster (KBS).

At the time, KBS stated, “The ranking counting period is from the 2nd to 8th and Lim Young-woong’s ‘Can We Meet Again’ was not broadcast on KBS TV, radio, or digital content and the ‘pop song pick’ survey of 17,000 people also showed 0% response rate for the song.”

However, Dispatch revealed, “Lim Young-woong’s song was selected and aired on a number of radio programs to include the ‘Lim Baek-cheon‘ playlist on the 4th and other KBS programs on the 7th.”

Netizen A filed a report with police stating, “This ‘0 point’ manipulation is a tragic reality and a matter of democracy and fair competition in our society. I want to plead to the National Police Agency to establish and maintain democracy and rule of law through an in-depth investigation.”