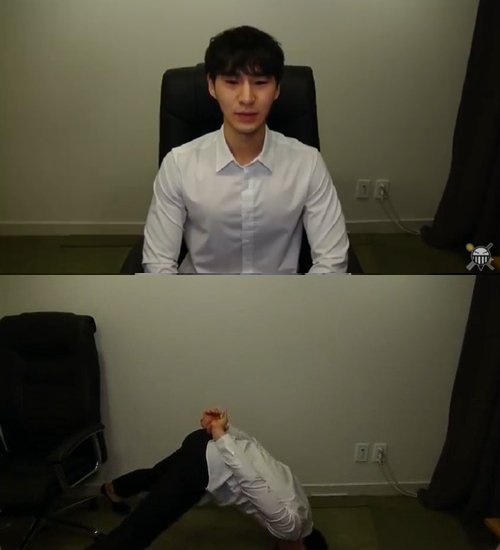 Article: Famous mukbang YouTuber Banzz apologizes to subscribers with head on the floor “Sorry for giving you excuses”

Recently fined for exaggerating the health benefits of his new health food product in his video advertisements.

1. [+2,156, -27] He’s only doing this because his sub count keeps going down. There is so much similar mukbang content out there these days that once you’re out, you’re out. Apologizing like this won’t get you back in.

2. [+1,869, -25] I think he was going to ignore the issue until his sub count and views kept going down so he felt the fire under his feet and decided to apologize

5. [+139, -0] Banzz first gained popularity because he was a clean, skinny looking guy who was able to eat a ton of food. Nowadays, guys like him are a dime a dozen on Afreeca and YouTube so he has no competitive viability anymore. He’s resorted to exaggerating the benefits of his health products and reading hate comments to try and stay relevant but even if all of this scandal never happened, his career was bound to decline anyway.

6. [+110, -1] He first tried to disable comments and layer subtitles in 9 different languages to try and transition to the international market but it must not have worked ㅋㅋㅋㅋㅋㅋㅋㅋㅋ Would he have apologized like this if it did~?

7. [+98, -2] First impressions are so important… he was always known for his innocent and kind demeanor but to think all of that was a lie makes me never want to subscribe again. It’s too late for him. He’s already made a ton of money so he should be less greedy now.

8. [+84, -0] He must not want to go back to the normal life of making money like the rest of us so he’s resorted to crocodile tears like this. He’s such a has been in the mukbang community. There are tons of YouTubers who are better at mukbang than him now.

9. [+76, -0] It’s too late for him. People aren’t just disappointed in him, the mukbang community itself is dying and there are tons of other eating disorder monsters on YouTube to watch. He’s a forgotten figure like the rest of the figures from his time ㅋㅋㅋㅋㅋ

10. [+66, -0] People always wonder why go this far when you already have so much money saved up but once you’ve got a taste of that much money, you’re never satisfied. Your lifestyle goes up to match it and it’s so hard to go back to where you started. An apology like this is nothing for them if they can get what they want.