NCT 127 and IU have swept the latest Gaon weekly charts!

On May 28, Gaon Chart announced that NCT 127 had officially earned a triple crown for the week of May 17 to May 23 after topping three separate charts.

The group’s new repackaged album “Neo Zone: The Final Round” debuted at No. 1 on this week’s physical album chart, while their new title track “Punch” claimed No. 1 on both the digital download chart and the BGM chart (which tracks the songs that people purchase to use as background music for their blogs and KakaoTalk profiles).

Meanwhile, IU’s “eight,” which was both produced by Suga and features him as an artist, successfully held onto its double crown from last week. The song topped both the overall digital chart and the streaming chart for the second week in a row.

Congratulations to all of the artists!

Check out the top five for each of this week’s charts below: 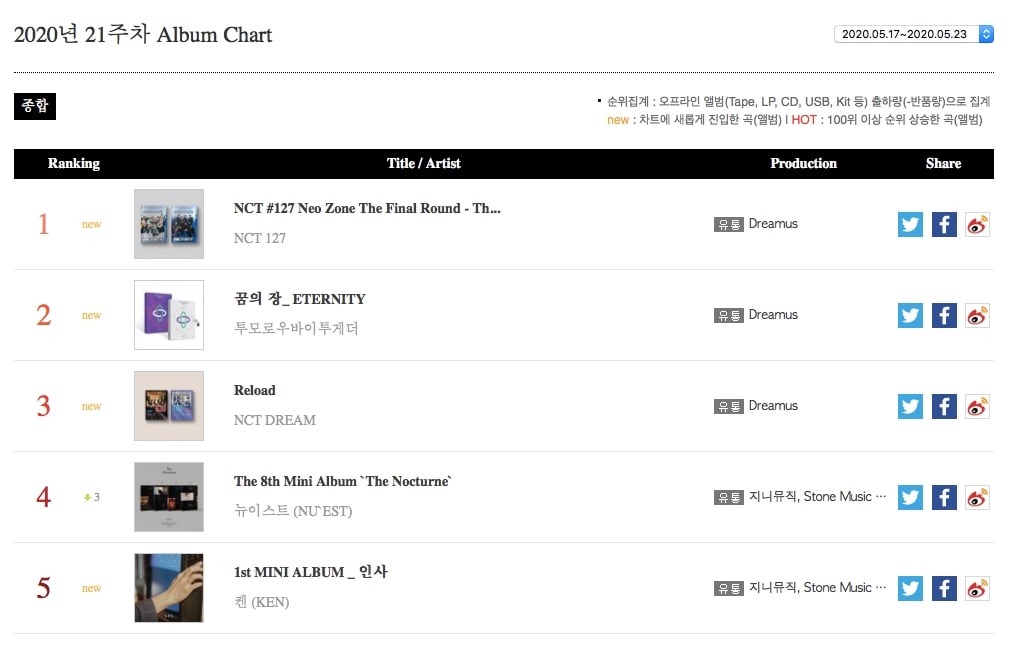 NCT 127’s new title track “Punch” debuted at No. 1 on this week’s digital download chart, while NU’EST’s “I’m in Trouble” stayed strong at No. 2. Jeon Mi Do’s “I Knew I Love” (from the OST of tvN’s “Hospital Playlist”) rose to No. 3 on the chart, trailed by IU and Suga’s collaboration “eight” at No. 4. Finally, BOL4’s “Leo” featuring EXO’s Baekhyun rounded out the top five for the week. 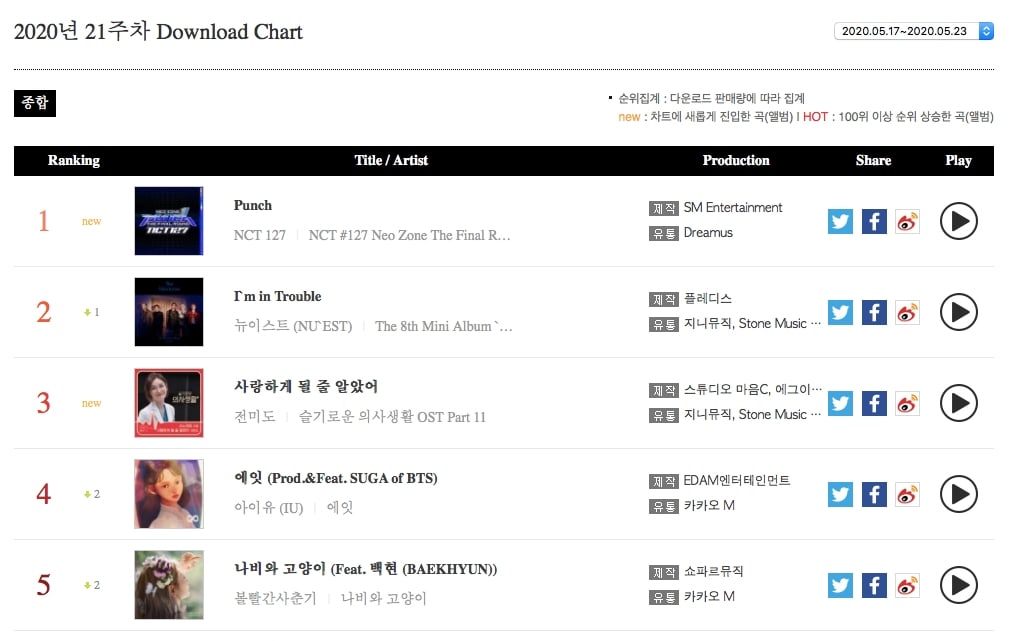 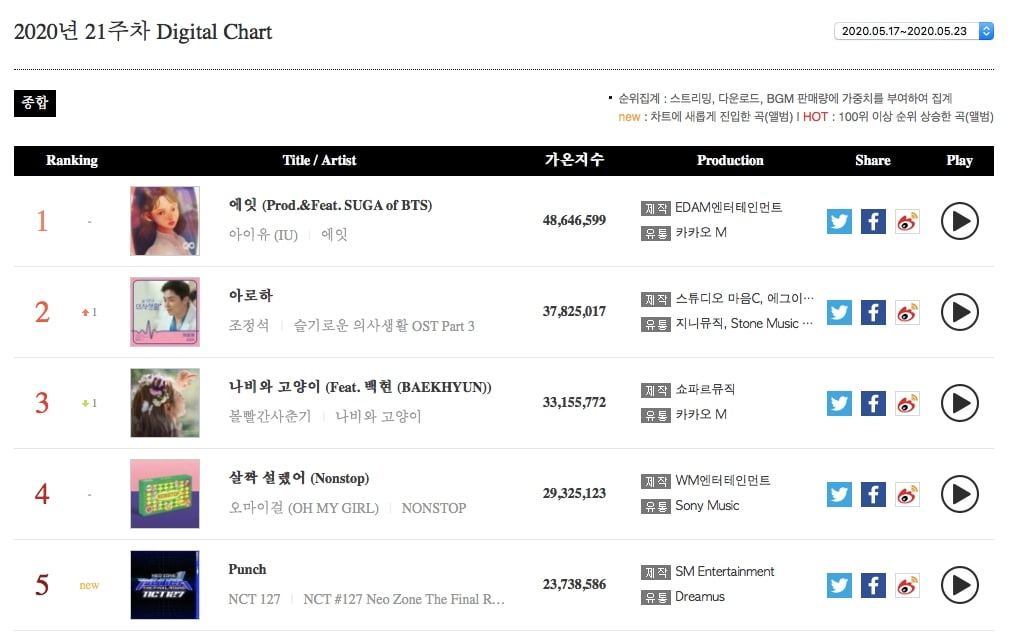 The top four songs on this week’s streaming chart were exactly the same as the top four on the overall digital chart: IU’s “eight” charted at No. 1, Jo Jung Suk’s “Aloha” at No. 2, BOL4’s “Leo” at No. 3, and Oh My Girl’s “Nonstop” at No. 4. Red Velvet’s Joy’s “Introduce Me a Good Person” (also from the OST of “Hospital Playlist”) rounded out the top five for the week. 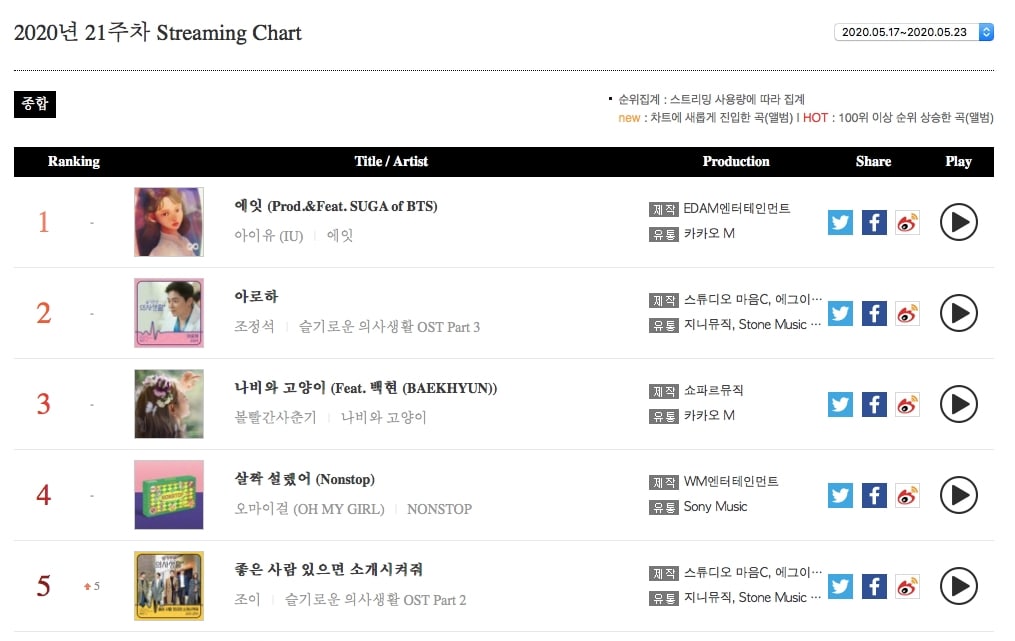 BTS, BLACKPINK, and trot singer Kim Ho Joong maintained their respective positions at No. 1, No. 2, and No. 3 on Gaon’s Social Chart 2.0 this week. Yang Joon Il rose to No. 4 on this week’s chart, followed by IU at No. 5. 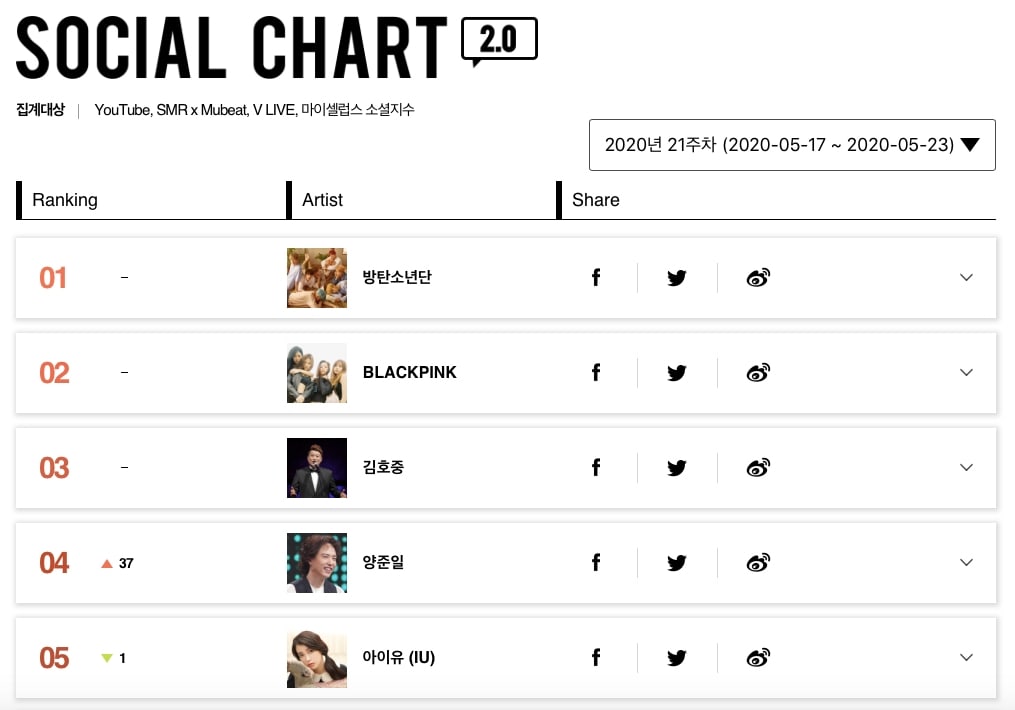