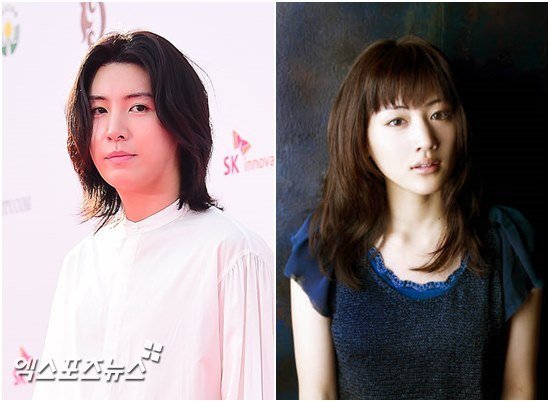 4. [+48, -24] She’s always been ranked #1 of female celebrities in Japan and has a history of being right-wing and glamorizing the imperial flag. It’s surprising that he would date someone like that.

6. [+40, -2] I couldn’t stand watching this b*tch on a Japanese documentary glamorizing the Pacific War and crying tears as if they were the victims ㅋ

7. [+36, -2] She represents right-wingers and anti-Korean sentiment out of all the Japanese actresses. I doubt someone like her would date a Korean man.

8. [+35, -3] If this were ever true, her image would be ruined in Japan too. I’m sure it’s a shock to the Japanese that these rumors ever even existed. Her dating a Korean? She’d never admit it.

10. [+20, -3] After reading the article, it sounds like they’re at least friends, which I find surprising enough already.

11. [+14, -1] Noh Min Woo gets assumed to be gay because of his fashion or make up style but he said in an interview that he’s totally into girls ㅋㅋㅋㅋ he just really loves himself and dolling himself up

12. [+12, -1] I don’t know much about Japanese actors but I remember her because she’s always mentioned for being famous as a right-winger