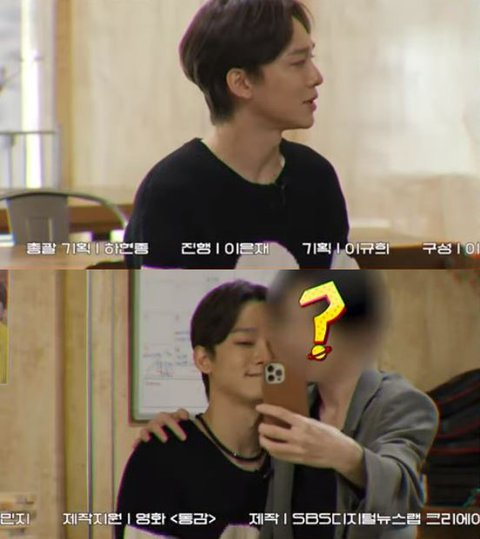 EXO member Chen was seen in the trailer for web variety show MMTG and the fans are raising their discontentment.
At the end of the released video, while the trailer for next week was released, EXO’s Chen appeared and drew attention.
In the video, Chen confessed, “I haven’t been able to make many friends (while promoting),” host Jeje said, “let’s be friends.”
Subsequently, member Suho appeared in a video and promoted it, saying, “Introducing my dongsaeng,” and a mysterious man appeared and showed his friendship with Chen.
post response:
[+279][-8]
original post: here
1. [+149, -2]
What crime did that friend commit… It’s not that he can’t meet people because he dates, it’s that he shouldn’t
2. [+147, -1]
What crime did Suho commit
3. [+124, -2]
Why are the members even going to MMTG? Honestly, the members never appeared on that show, this is seriously pissing me off
4. [+117, -2]
Just how many people are going to have to sacrifice themselves for this guy
5. [+95, -3]
ㅋㅋㅋㅋㅋㅋㅋ Seriously he seriously knows no shame and is so shameless. He knows that by coming out alone he’d get criticized he doesn’t even have the guts to take the blame. Meanwhile he’s appearing on broadcast lowly like that, I honestly hate seeing his face… He should just go live his life happily with his wife like Sungmin instead. He should have made enough money with EXO and in the Big3 all this time
✉ PC Stories