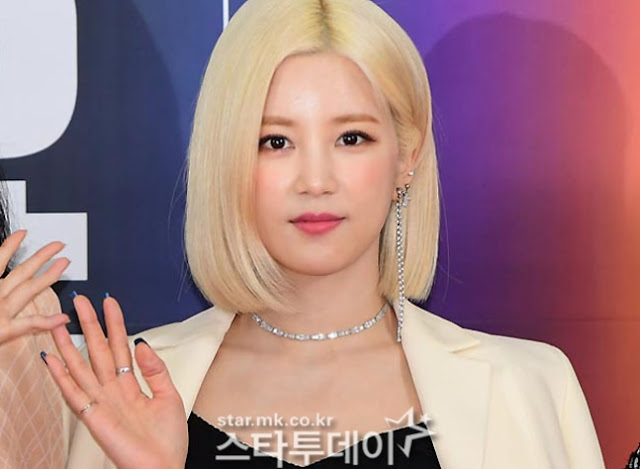 Article: A Pink Park Chorong, “School bullying rumors are unfounded, but I apologize for drinking as a minor”

1. [+771, -177] Just because she drank in high school doesn’t mean she was also a school bully. I don’t get why people are obscuring the facts here.

2. [+343, -27] It was wrong of her to drink as a minor but her school bullying rumors haven’t been proven true yet so I’d rather just stay neutral. I hope that her bullying rumors aren’t true.

3. [+307, -25] All of the arguments about how everyone drinks as a minor put aside… anyone who’s been in school in the 2000s will be able to see Park Chorong’s picture at the time and get a feel for what kind of student she was ㅋㅋㅋ there’s a typical type in every generation that you can tell from their hair style and make up ㅋㅋ it’s easy to discern whether she was just experimenting with one drink or whether she’s always been drinking…

4. [+378, -267] Drinking as a minor is not enough evidence for school bullying, and it’s a mistake that anyone can make in their school years. I think Park Chorong has shown her true character in the past 10 years since her debut.

5. [+373, -288] I’ve been a Park Chorong fan for the past 8 years and I’ve never once heard a negative rumor about her. I’ve never even seen her use a slang word on accident either. She’s always exercising caution when other members are using shortened slang and whatnot and asking them to be careful. She’s always communicated with fans, and staff, managers, and others have always said nice things about her. If all of this has been an act, then she deserves an Academy award for it. I will say one thing, though, that I’ve seen her movie and she’s bad at acting.

6. [+169, -84] Do you guys not realize that you are also exercising violence by accusing her like this ?ㅋㅋ Chorong will reveal the truth so please wait for her to defend herself. She has never had a bad word said about her in the past 10 years. She’s a leader who everyone respects. She’s even hated it when other members would use popular slang terms.. Please stop trying to taint Chorong’s history.

7. [+87, -5] Damn, I didn’t know our country was so lenient when it came to minors drinking~ Do you guys not realize that it’s illegal?

8. [+66, -9] But I’m already disappointed in the fact that she was drinking as a minor… I don’t know what kind of school life the people defending her have had but I’ve never once tried drinking or drugs and went to a school in Gangnam where there were less than 10 kids in the whole student body who partook in such activities. The fact that she was out drinking at that age is already so different from the image she’s shown as A Pink’s Park Chorong and that’s disappointing to me. I just hope the rest of her image isn’t a lie and that she truly didn’t bully anyone…

9. [+60, -17] I’m a fan of 8 years. I am disappointed that the picture of her drinking is confirmed in this article and also scared that now this will follow her for the rest of her career. However, I’m glad that she’s staying firm on defending her innocence in regards to her school bullying rumors. She herself has said that she’s scared that this will tarnish her past 10 years in this industry. I want to believe that she’s telling the truth. I know that a lot of people are disappointed in her already with the drinking picture but I don’t think it’s fair to connect that picture as evidence of her bullying!

10. [+41, -4] It’s not the fact that she was drinking that’s important, it’s that a minor was at a ‘bar’; and there are actually a lot of people who never drank in school