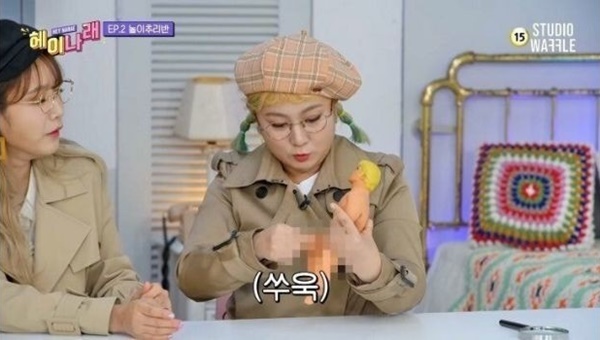 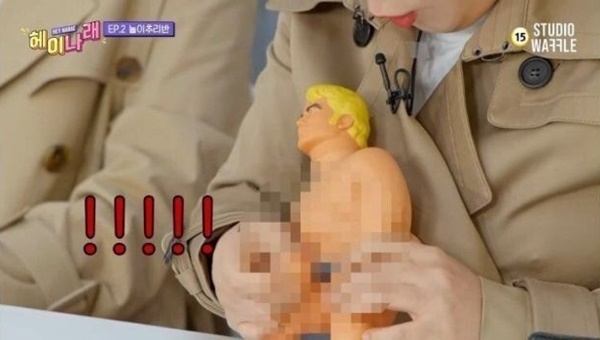 2. [+903, -37] If a male celebrity had done the same thing to a doll??? He would’ve been exiled immediately! Park Narae out! Apologize genuinely and reflect!

3. [+778, -50] I don’t think this can be resolved by her just leaving this one show. She should be taking time off to reflect. I’m really tired of gagwomen like Park Narae, Jang Do Yeon, and Ahn Young Mi doing s*xual things in the name of comedy.

1. [+1,859, -31] If Park Narae had been a man, this wouldn’t have been resolved with her just being taken off the show. She would’ve been kicked out of the industry.

5. [+183, -4] This is not fair… if a male celebrity had stuck his finger up a female doll’s crotch and asked “I wonder how far it’ll go up?” he would’ve had his entire life deleted, not just his show.

5. [+100] She went too far… there’s no way to shield this one. S*xual harassment? What more is there to say… leaving the show is the only answer.

8. [+160] If a male celebrity had stuck his finger between the legs of a Barbie doll and said “clam shell~”, he would’ve been kicked out of the industry for good. I guess Park Narae won’t suffer the same treatment because she’s a woman ㅋㅋㅋ

9. [+248] Imagine if a man had taken a female doll and spread her legs and kept touching her crotch, saying “it’s so wet”? He would’ve gotten a national petition to exile him already.