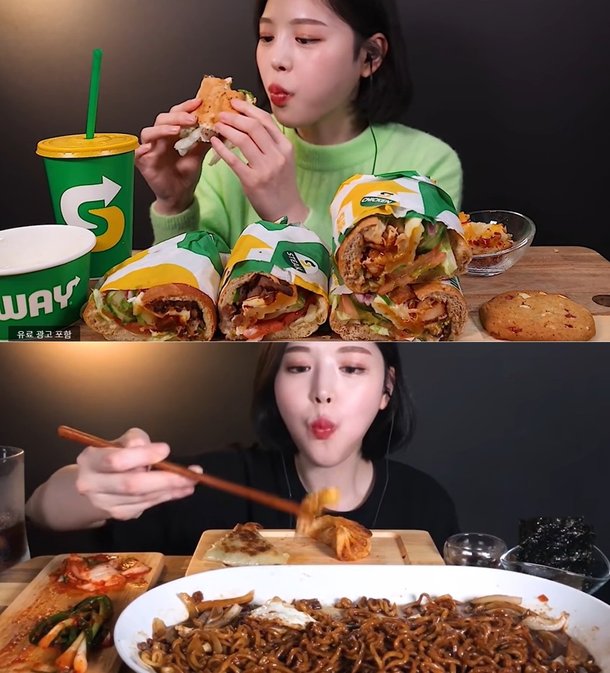 Article: 6 months later and all is forgiven? Famous YouTubers comeback one by one, but people aren’t happy

1. [+3,855, -59] Moon Boki’s a straight up thug. She would spit out all her food during mukbangs and everything. I’m just glad that she’s back with her comment section open ㅋ

2. [+3,190, -45] The most pathetic in all of this are the pigs who are still subscribed to people who cause all sorts of problems

3. [+2,737, -63] How is mukbang considered cultural content at all? You’re all just stuffing your faces for brainless idiots to watch. It’s all so pathetic…

4. [+317, -35] Tzuyang is funny. She announced that she was going to retire only to come right back ㅋㅋ I thought she’d be different but what would I expect from these C-tier idiots ㅋㅋ

5. [+301, -18] Honestly, Tzuyang makes me laugh with how she handled this ㅋㅋㅋ She said she would never come back even if she died so I thought ‘man, she must’ve really felt hurt by the backlashㅠ’ but then she started uploading videos like ‘just for my fans’ but it was all to test the waters for her comeback ㅋㅋ that really broke her image for me ㅋㅋㅋ but I get it~ once you get a taste of that money, what’s a little embarrassment or shame? All you see is the money dancing around in front of your eyes..

6. [+260, -20] If you think about it, people like Tzuyang are the scariest. Sure, she got backlash for something she was innocent in, but she could’ve just kept posting videos and working through it. Instead, she whined about how she was sick of it all and announced that she was quitting and never coming back, all to get sympathy points with her viewers so that she could set up the foundation for her return 6 months later. Take some responsibility for your words. It’s always the people who make promises to you with such an innocent face and never bother to keep them who are the scariest. At least the other YouTubers are trashy to your face so you don’t expect much from them but the two-faced ones like her are the ones who wil backstab you when you least expect it.

7. [+188, -17] “Don’t hate on Tzuyang”??? ㅋㅋㅋㅋㅋㅋ She said with her own mouth that she’d never return but she just did ㅋㅋㅋㅋㅋㅋㅋ that’s wrong, isn’t it??? At least Moon Boki never claimed that she would never return even if she died ㅋㅋ This isn’t about who’s nice and who isn’t, it’s about taking responsibility for what you say ㅋㅋㅋ isn’t that a basic responsibility as an adult? ㅋㅋㅋㅋ

8. [+129, -0] I’d rather YouTubers be honest, like “it’s hard finding employment, I don’t know how to do anything but mukbang if I want to make money to live”.. then viewers would just be like whatever.. but to come back with a load of crap like “I missed all my viewers, I felt nostalgic” ㅋㅋㅋㅋㅋ why bother saying that stuff

9. [+116, -5] Tzuyang’s coming back ㅋㅋㅋㅋㅋㅋㅋㅋ shouldn’t have said all that stuff about retiring then ㅋㅋㅋㅋ she was testing the waters with that gopchang video and now she’s back because the reactions were positive ㅋㅋㅋㅋㅋㅋㅋ