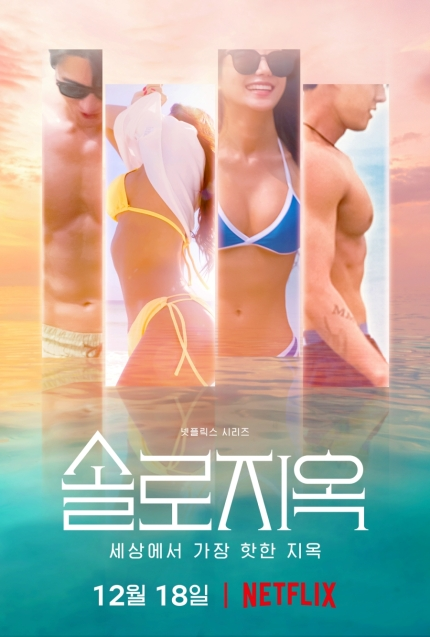 Netflix promised to respond promptly to noises arising from the different views and interpretations of people around the world, such as the skin color controversy of ‘Singles Inferno’.
On the afternoon of the 19th, Netflix’s 2022 Korean content lineup announcement meeting was held online. Kang Dong-han, VP of Korean content for Netflix, attended the event.
Previously, Netflix’s entertainment program ‘Singles Inferno’ was embroiled in a colorism controversy. At that time, the problem was that male participants looked at the skin of a female contestant and used expressions such as “It looks white and pure” and “Your skin is really white”. Some foreign viewers interpreted it as obsession and superiority toward white people and poured out criticism. In this regard, VP Kang said, “There are actually too many concerns about this. If you think about it, it’s been a long time since Netflix started streaming worldwide. No. In the cultural aspect, there are things that are ‘good in Korea, but not good in other countries’. There are countless opposite cases too.”
He continued, “humanities study is necessary. It is very important and I take it seriously. Sometimes we do translation, subtitles, and dubbing ourselves, but sometimes we do it with third-party partners.” I see it as an opportunity to do so, and I am still learning with a humble attitude.”
(…)
Source: https://n.news.naver.com/entertain/article/408/0000144046
original post: here
1. What they are saying is right… they had to right to misunderstand
2. So what?… just watch your own content if you’re not happy… stop watching Korean contents
3. I think that we need to explain our cultures from both sides
4. Korean has preferred light skin 5000 years ago even before learning about white and black people
5. Overreacting
6. Looks like they don’t have anything else in their minds than skin color ㅋㅋㅋㅋㅋ
7. Making a fuss again ㅋㅋㅋㅋㅋㅋㅋㅋㅋㅋㅋㅋㅋ
8. But the “white skin” that you guys are describing is different than our definition of “white skin’ㅎ
9. What “superiority towards white people”? We’ve always liked pale skin…. Instead, we viewed our scholars who only stayed inside and thus had white skin as superior. Rather, it’s the desire to appear rich ㅋㅋㅋㅋㅋㅋ Indonesia also worships white skin but nobody is being harsh towards them while only making a fuss when it comes to us
10. They really must be thinking that the world revolves around them ㅋㅋ
11. This is hilarious
12. No but the subtitles were the issue here..;;;
13. We’re just calling white something that’s white… what’s the issue?
14. They are so self-centered sigh..