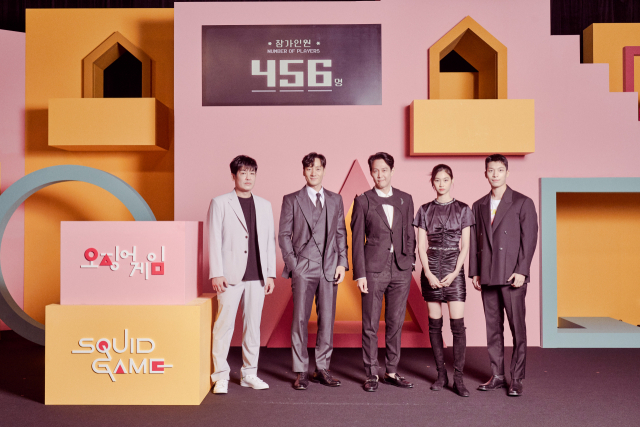 Article: ‘The Squid Game’ is the first Korean drama to rank #1 on Netflix’s world chart

2. [+449, -71] To all of you complaining about plagiarism, please go educate yourself on what plagiarism actually is. If this is plagiarism, then every survival genre after ‘Battle Royale’ like ‘The Hunger Games’, ‘Cube’, ‘Kaiji’, ‘Liar Game’, ‘Genius Game’, ‘Escape Room’, ‘Alice in Borderland’, ‘Mind Game’, ‘Hunt’, etc are all considered plagiarism too, then. The genre may be survival but the drama itself features traditional Korean games. Please stop going around calling the drama plagiarism, it’s embarrassing.

3. [+291, -10] I felt something in my heart when I learned that the script was written 10 years ago but it was only recently that they met an investor willing to bring it to life. It really won against the battle of time.

5. [+162, -19] I actually didn’t understand why Lee Jung Jae was acting so moral and just in the end. I actually related better to the feelings of the hosts.

6. [+60, -1] It’s honestly a good drama. I like that our country has reached a point where we can produce good works like this with the investment needed. I personally liked it best because there was no PR or romance lines.

7. [+52, -7] I personally didn’t understand the ending… The protagonist had lived all of his life off the back of his sickly mother, even emptying her bank account to blow it all on gambling… Then he played the games by sacrificing those weaker than him, and all of a sudden he has a problem with murder?!! Since when did the character care so much about justice and morality for them to end it like that? I wish they just left out all the beginning scenes of the gambling and his mother… just frame him as an unemployed guy with a good heart. I couldn’t relate to the hypocrisy at the end and the show’s attempt to turn him into some justice warrior.

8. [+43, -0] Look how fun dramas can be when you leave out all that stuff about love and romance ㅋㅋㅋㅋㅋ First ‘DP’ and now ‘The Squid Game’, all these plots are so good