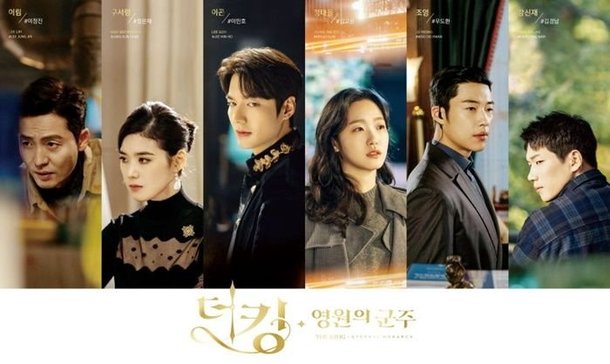 2. [+292, -10] It’s a flop if you consider the scale of the scriptwriter, cast, and production costs. I think Lee Min Ho needs to take a long hard look at his career as an actor. He only takes roles that make him look good while other actors like Won Bin aren’t afraid to branch out, like his role in the ‘Mother’.

3. [+241, -12] Is this really by the same scriptwriter? ‘Goblin’ was such a great depiction of life and death, crime and punishment, and grief and mourning of the living. ‘Mr. Sunshine’ depicted the independence movement, the caste system, and the perilous lives of our ancestors. Why is this drama… well, I trust that she’ll work it out by the second half of the drama.

5. [+39, -2] Same acting, backwards script… makes me question how this is the same scriptwriter as ‘Goblin’ and ‘Mr. Sunshine’

6. [+38, -2] I always thought this scriptwriter was a genius… but I couldn’t get past the first two episodes of this drama. Poor acting by both the lead and supporting cast with a plot that feels awkward.

7. [+30, -8] The viewer ratings are still quite high for how many are calling it boring. Maybe because there’s nothing else to watch until ‘The World of the Married’.

9. [+28, -1] I just oddly don’t want to watch it. I’m a fan of the scriptwriter and own several DVDs of her past work… but Lee Min Ho’s acting feels the same here as his past works, and I’m still getting ‘Goblin’ vibes from the female lead. The supporting characters don’t have any impact… The scriptwriter seems to have returned to her ‘The Heirs’ days and is getting lazy. She was able to show that love isn’t everything in dramas like ‘Descendants of the Sun’, ‘Mr. Sunshine’, and ‘Goblin’.

11. [+25, -1] He’s handsome but not a face that can handle different roles. If he keeps taking up the same characters, I don’t think he’ll have much of a career left.