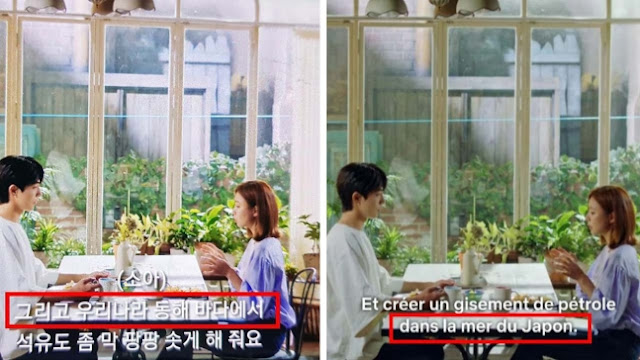 8. [+14] Foreigners do not know it as ‘Donghae’… if you search it up, the Sea of Japan comes up. But even so, Netflix should know better considering that they’re expanding in the Asian market thanks to Korea ㅡ.ㅡ

10. [+11] I doubt any foreigner would know what ‘Donghae’ is. It’s not a translation error, they’re just following what the international name is. It’s good to be patriotic but we also need to see things with a level head as well.

11. [+2] The entire world except Korea calls it the Sea of Japan and that’s how they’re taught in school. It’s unfair to blame this on Netflix.

12. [+1] I think they translated it like that beacuse foreigners all know it as the Sea of Japan