VICTON’s Han Seung Woo sat down with Marie Claire Korea magazine to talk about his music, goals, what drives his ambition, and more!

Early this month, VICTON returned with “Mayday,” only three months after they made a comeback with “Howling” in March. Han Seung Woo spoke with Marie Claire about how the members all took part in creating their latest title track.

“Hanse and I wrote lyrics, and the choreography includes ideas from all of our members,” he explained. “All our members have been taking part in creating each of our albums, but this time we played a particularly active role. We didn’t hesitate to share our opinions even if it meant clashing with each other, so it was an intense process.”

When asked why the group seemed to be especially passionate during the production process for this single, Han Seung Woo replied, “VICTON debuted in 2016, but we started gaining attention toward the end of last year, and we got our first win on a music show through the song ‘Nostalgic Night.’ The response to our March single ‘Howling’ was also pretty good. I think that’s given us confidence and the momentum to try to keep it up.” 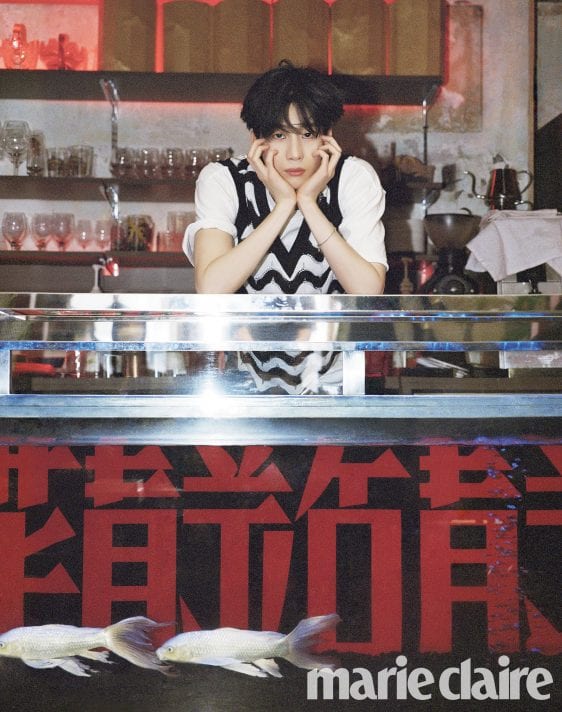 Han Seung Woo shared that the group wasn’t expecting to achieve anything in particular through this new release. “We just want to show that VICTON can do this kind of thing and that we’re steadily releasing music,” he said. “You’ll understand once you watch the music video, but this release is the starting point of VICTON’s new story. That’s the sole meaning behind it.”

When the interviewer said that they’ve heard that Han Seung Woo has composed many unreleased songs, he replied, “I’ve written a lot. There are songs like a comforting track, a dance song that would be fun and easy to listen to in the summer, and also a track I made while planning a sexy dance performance for it. They’re definitely better than the songs I’ve written in the past, so I want to share them soon, but I’m figuring out the best time.” 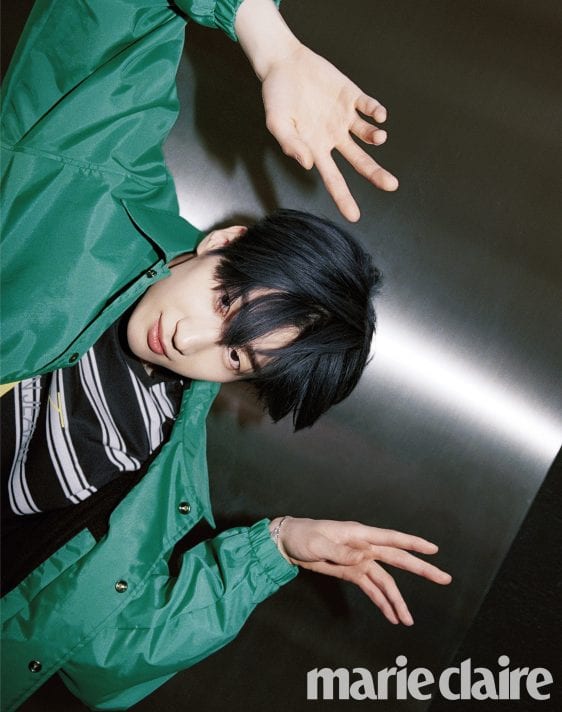 “I’ve tried a lot of different genres, but I particularly like R&B and hip hop,” he also said. “Lately I’ve been really into music by Lauv and ROLE MODEL.”

As Han Seung Woo is known for being skilled in many things including singing, rapping, composing, writing lyrics, and choreography, he was asked when he finds the time to do it all.

“I wonder that too,” replied Han Seung Woo. “My daily schedule lately is that I go to my studio in the morning and listen to music and practice singing. Then I open my composition program and write songs, and if I think of lyrics then I’ll add those.” He continued with a laugh, “If I get tired out while doing that then I’ll play a computer game for a bit. In the evening, I practice dancing. At night or in the early hours of the morning, I work on composing again. I’ve been working really hard for the past few months.”

When asked if he gets tired of spending every hour of the day on music, Han Seung Woo replied, “I feel blocked more than I feel tired. The most frustrating moments are when I’m pouring myself into something and I feel like I don’t have anything anything else to put in.” He shared that he particularly feels blocked when he finishes a song and then realizes that he’s unintentionally used a similar melody in his next songs because he’s become so immersed in that melody. 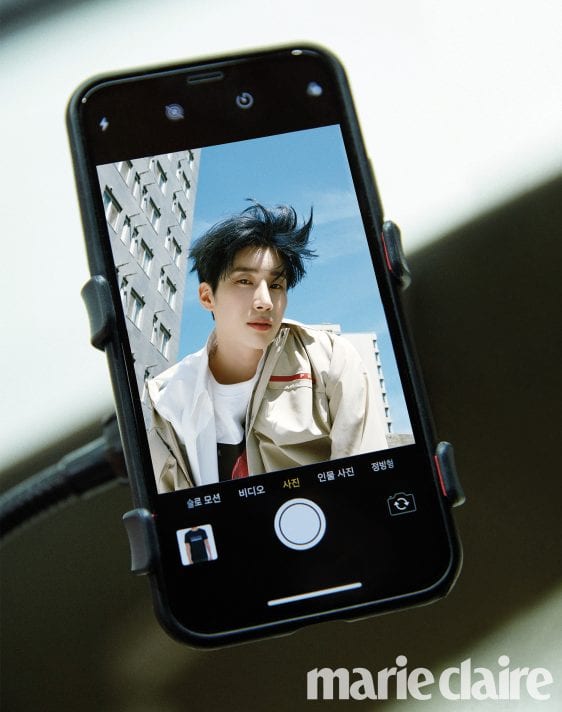 On the topic of what his thoughts are lately, Han Seung Woo explained, “I keep thinking, ‘Let’s work, don’t rest, let’s be active.’ If I don’t have work, then I try to keep being active even if it means I’m creating things to do.”

When asked why he feels that way, he replied, “There was a time when I really wanted to do things but I couldn’t, and that might be why I want to quench the thirst I have about work. It’s the reason I’m working on my songs a lot and I go to the studio even when I have time off.”

Han Seung Woo also described the result he’s hoping to achieve through all this hard work. “I want more people to know about my group and also myself,” he said. “I hope that our music will stay in the high ranks of the digital charts, and I hope that word will spread that our music is good. Also I want to keep making songs that I feel satisfied with personally.”

VICTON has already made two comebacks in 2020, and Han Seung Woo was asked how many more they’ll do before the end of the year. “I want to do at least two more, excluding this one,” he said. “I’m not sure if I’m being overly ambitious, but for now that’s what I’m trying to achieve.”

When it was said to him that the members will all have to get ready for that, Han Seung Woo replied, “Both the members and our managers don’t get much sleep nowadays. I’m suggesting new things every day, because I say that I can’t take a break. Probably by October, everyone will have dark circles that go all the way down their faces. I’d better buy each of them a set of red ginseng as a gift.” 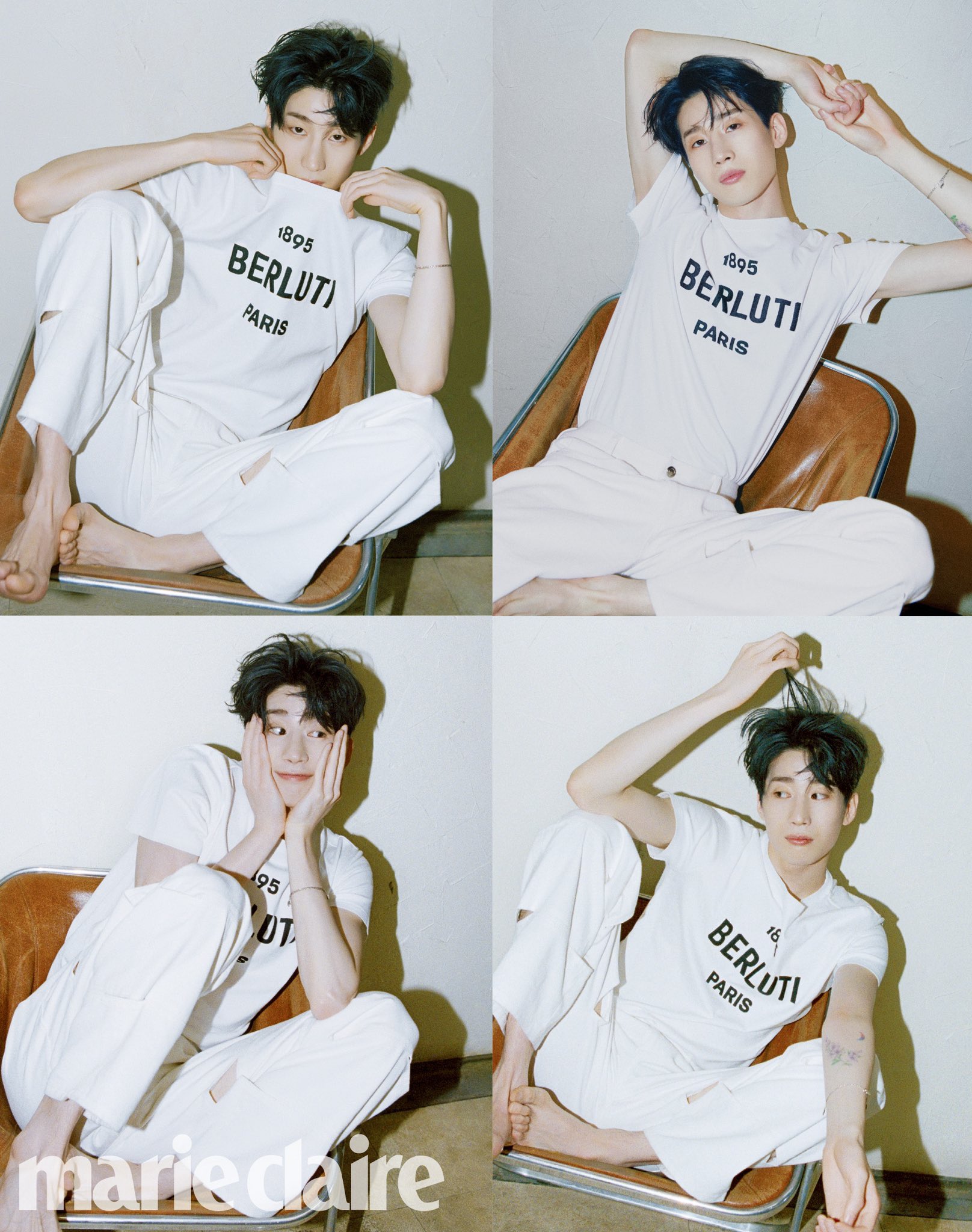 Han Seung Woo also talked about how he aims to first and foremost approach his fans as a person, rather than as an idol. “I do live broadcasts on V Live and Instagram a lot, and I think everything is clear when you watch those,” he said. “I talk a lot just about my life. As much as possible, I try to talk as though chatting with a friend about what I’m up to now, what my thoughts are lately, what I’m interested in, and that sort of thing.”

When asked what he thinks fans want right now, he said, “First off, they want to see us soon. Also, they want us to try doing a refreshing concept again. Our music had more of a refreshing concept up until our third mini album, and after that we switched to a dreamy and lyrical mood. Our fans like the music that we’re releasing lately, but I’ve also seen a lot of reactions saying they miss our old style.” 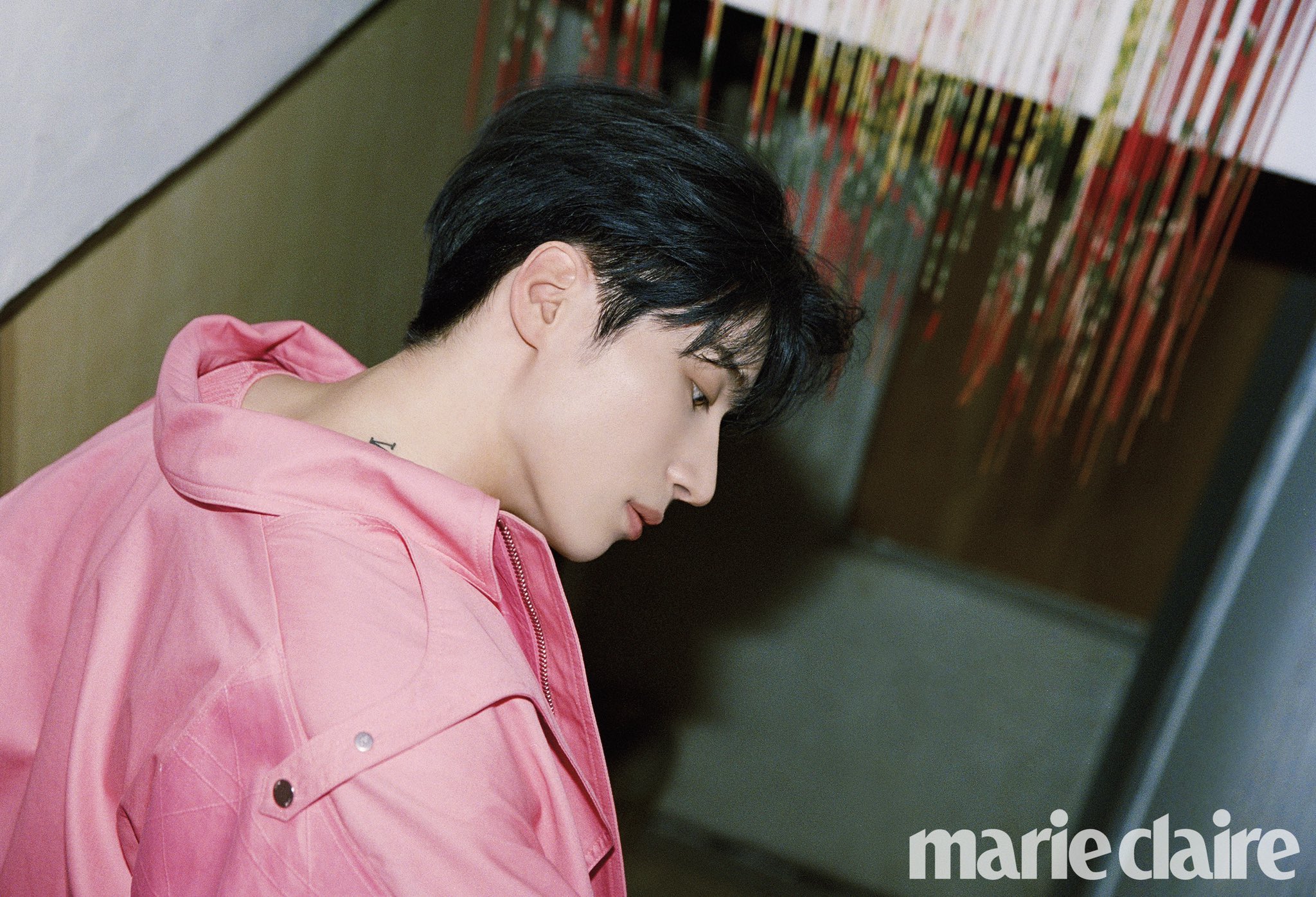 In regard to what he’d personally like to do, Han Seung Woo shared that he wants to collaborate with other musicians. He said, “I want to work on music together with someone whose style is different from mine, and I want to learn from the musical talents that they have. There are a lot of artists that I like, including Taeyang, Jay Park, Dean, Crush, Heize, Suran, and pH-1.”

“I’m thinking of a way for me to regularly talk about my daily life through music, as though it’s my diary,” he said. “It might be because I spent too long trying to control and hide my thoughts and emotions, but now I want to let it all out honestly.”